The term Flash technology is used to define all kinds of non-volatile memories, combined volatile, as well as non-volatile implementations that include the likes of NVDIMM. Existing everywhere like your vehicle, smartphone, wearable devices and more, this technology is an all-pervasive force. The Flash technology is lighter, more compact, and much faster than other data storage technologies. The primary aim is to alleviate the waiting times, both in regular life as well as a corporate setting. In the times of today where everything is expected as quick as lightning, waiting for data can be compared to waiting in the queue at the department of vehicles. In one word, it is ‘unwanted’!

With changing expectations and the commodification of technology, flash is making its headway into all directions, be it business or for 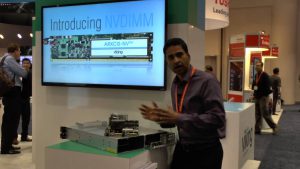 daily use. Do you own an ultra-light tablet or a laptop? Chances are that it is the flash technology that powers the fast storage and quick operation of your devices. This technology is being used by everyone in their daily lives. Did you make a reservation for your flight? The results were delivered to you in real-time owing to the Flash Technology!

So, how exactly does Flash Technology function?

This technology works as an enhanced method of storage over any other existing technology. It contains minute transistors or switches on the silicone. These can be programmed as 1 or 0, which is the standard for binary devices. The non-volatile memory like the NAND ensures that the data remains until the power is re-established. As opposed to this, in a volatile memory like the SIMM or the DIMM, the data is lost with the loss of the power.

How do you benefit from Flash Technology?

By enabling faster results, the Flash Technology is able to provide quick access to the static content. This technology has pervaded all spheres of our life, be it personal life or work environment. Being the end user, you utilize utilize flash technology through the use of a multitude of devices such as smartphones, tablets, camera, laptop, websites, and even toys! In a business environment, the Flash Technology makes its presence at the various data centers, SSD’s and NVM’s. With the growing demand for this technology, the makers are under the pressure to deliver affordable chips with more capacities.