A software that was originally created for the development of animations for web pages, the Flash is a vector animation package. The vector graphics are to be used on the web as they are light weight and easy to use.  With newer releases, the Flash has been made more efficient and productive. It gives   ample competition to the HTML in the development of interactive applications and e-commerce websites. As opposed to the HTML, the movies developed in Flash move faster and also help save on the download time. The Flash is also known to cache the movies, this eliminates the need for the movies to be loaded again and again. Another advantage that Flash has over the HTML is that it provides the end-user with a richer experience.

With the discussion of the above advantages, it is also to be noted that Flash also comes with its own shortcomings. One of the first is that although Flash pages are made to load faster, most often their designing comes in the way of serving this purpose. While it is not 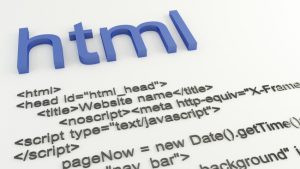 a Flash problem, this issue is created by the developers who go overboard with heavy movies. And when it comes to the rich experience, technologies like ASP.net, Java Server Faces, etc., are also as well or better than the Flash. In fact, a well-designed HTML site can offer a user-friendly experience that all customers crave.

Although, Flash is an amazing tool, but the truth of the matter is that it is not an all-encompassing tool as it is made out be by the Macromedia.  The reason for this is that Flash cannot handle text as well as it should. This definitely has an adverse effect, because on the web text is all-pervasive. The Flash text display is way slower than what is offered by the HTML and is also less clear. This is the sole reason why Macromedia’s official site relies heavily on HTML for the display of text. Flash development also takes more time than  that required for HTML, while, this has been rectified with the release of the FLASH MX.

With all the above said, there are still benefits of using Flash! Firstly, you can use the software to do complex animations which are impossible in HTML. Also, Flash poses no browser issue, no matter whether you are working on the Internet Explorer or Netscape. You should use Flash to create impressive presentations where the users can sit back, relax and enjoy the show. The software is  very helpful for the development of straight animations. Last but not the least, Flash is the best tool to enhance an HTML based website selectively.